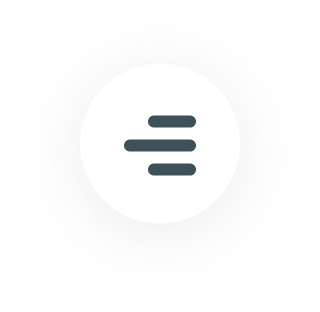 It’s been a super productive month as I’ve been busy setting up the basis of Thoughtful’s engineering team. We now have a core team of engineers and have partnered with another agency, Amplifi Labs, to dramatically increase our engineering capacity beyond the immediate capacity of our core team. Additionally, I’ve found some core technical focus in TypeScript, React Native, and React, with the bonus of Python as our preferred data pipeline ecosystem. And of course, this is all in addition to our low-code first philosophy :) I’m excited to say that Thoughtful now has the capacity to take on new, bigger projects that a month ago were still a bit challenging for us to staff. Additionally, we are beginning to launch a new staff augmentation service for your existing team - let me know if that is something that you need help with!

Over the past month, I’ve done some new thinking on my radical complexity reduction focus and had the opportunity to apply this thinking to new greenfield projects in addition to my long term, growing clients. Here are some new observations that I hope will be useful to technical and non-technical founders alike:

The rise of no-code tools and one-click deployments is revolutionizing every industry. Every day I learn about not one, but many "easy buttons" that companies can use via SaaS tools like Hasura, Heroku, Vercel, RevenueCat, App Center, Contentful, etc…. I believe it is the modern CTO’s responsibility to constantly keep up with all new technologies and hone their ability to choose between these toolings. The modern CTO has the primary duty, as any executive, of making a few very high quality decisions, and in many cases this will be the decision between building and buying.

I'm seeing a rift forming between modern product teams and traditional engineering teams, where there is a legitimate business need for what I might call a rapid prototyping engineer which does need to be able to write code and be technically proficient, but doesn't need to spend most of their time coding. Instead, they need to spend most of their timing researching all of the various SaaS solutions (and open source products) and understanding their APIs and integrations.

If you know me, you know that I hate “stand ups” and I find the word "agile" obnoxious. However! I do think that the idea is valid, just misapplied. The problem is that agile tends to work well for rapid prototyping better than it works for engineering. Engineering is still a relatively slow process that requires a lot of deep focus and uninterrupted time, but rapid prototyping moves faster. During rapid prototyping, you learn more new pieces of information that change the scope of a project, which necessitates the agile process. Given this observation, I actually have made a bit of an opinion reversal and think that standups make sense for rapid prototyping, when cross-functional teams have access to tools that let them accomplish tasks in the order of hours instead of days - but don’t expect me to advocate for engineering standups any time soon.

So, we’re in an invisible tech revolution. I think we are right in the middle of the bottom of the S-Curve of process innovation that is made possible by productivity and enterprise software and no-code tools. I see many old-school, non-tech companies finally adopting tech in the way that only scrappy, innovative startups were a decade ago, and this is making every single company in the world far more efficient and productive while also creating a whole new industry of no-code tools, dev-tools, and software platforms. A decade ago I saw the same phenomenon, but it applied only to software engineers - the earlier adopters were the engineers adopting AWS, Heroku, and Rails. Now, it’s the technology managers, the prototyping engineers, and the creators that are adopting new, highly leveraged technologies to get done in an hour what used to take a month.